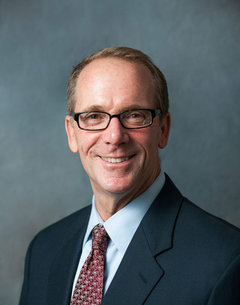 Steven P. Letourneau is a partner at Inman & Strickler, PLC practicing mainly in the areas of Personal Injury, Criminal and Traffic defense, Divorce and Family Law, and Civil Litigation. He also handles matters in the Appellate courts, both criminal and civil.

Born in the Portsmouth Naval Hospital, Portsmouth, Virginia, the son of a U.S. Navy Master chief and a nurse, Mr. Letourneau grew up in Virginia Beach and attended public schools.

In 1984, he graduated with honors from Old Dominion University with a degree in English, and received his J.D. from the T.C. Williams School of Law, University of Richmond, in 1987. He was admitted to Virginia practice in October, 1987, and since that time he has devoted his law practice to representing people in the State and Federal courts and assisting people in the Hampton Roads area with a variety of their legal needs. He joined Inman and Strickler as a partner in December, 2010, having been associated previously with two established law firms in Virginia Beach.