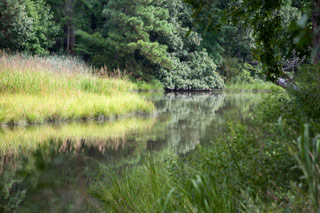 In the late ‘80s Mike Inman, Steve Strickler and Barry Koch came from different local law firms and joined an existing firm which became known as McCardell, Inman, Benson, Strickler & Koch. The firm’s practice was focused primarily on business, real estate, estate planning, community association law, and civil and criminal litigation, including workers compensation. Established in an office building on South Lynnhaven Road, the firm chose to build on that base and welcomed new partners who would enhance those practice areas and add others that would be complementary. In the ‘90s the firm added several lawyers who had expertise in taxation, federal litigation, domestic relations and creditors’ rights. As a result, and since the name of the firm was becoming unwieldy, the name was shortened to McCardell & Inman. In 1999, Bill McCardell retired and the firm name was changed to Inman & Strickler, PLC. In the following year, having outgrown the building on South Lynnhaven Road, the firm moved to new quarters in the Marsh Landing Building at 575 Lynnhaven Parkway where it remains today. Since 2009 the firm has been fortunate to attract several highly experienced attorneys with expertise complementary to the areas of law practiced by the firm. Today we are a firm of 12 knowledgeable lawyers, with longevity in the community, who are able collectively to meet nearly every legal need of the businesses and individuals that we regularly represent and those who come to us anew to begin an attorney-client relationship.